Florent and Emmanuelle Baillard share their passion of blackcurrants in two different ways: Florent produces the fruits, Emmanuelle processes them under the name “Nectars de Bourgogne”.

A success story from Burgundy (France).

Back to the roots 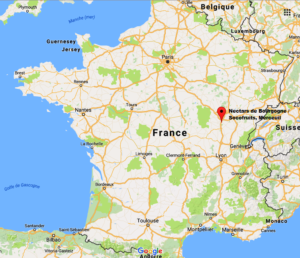 Before it comes to Nectars de Bourgogne, it is a long way to go. At first, like many other blackcurrant growers, Florent continued a family tradition. His father originally had a farm based on both polyculture (vines, cereal crop and pasture) and cattle farming over 40 hectares. In the 1970ies, he started growing blackcurrants on 3 hectares. The blackcurrants were harvested by hand, and traders sold them. In those days, there were 17 blackcurrant growers in the same area – today they are 7!

From the beginning, Florent’s father had a contract with one of the blackcurrant liqueur manufacturers, Vèdrenne. This is how it came that other growers wanted him to manage a loose syndication of several blackcurrant farmers, called Socofruits. They finally established a cooperative in 1983. Then, in 1986, they changed into a producers’ association. Ten years later, they became a producer organization, with a sort of family management. At most, they were 200 members in the beginning of the 1990ies. Together, they produced 12 tonnes of blackcurrant buds and 800 tonnes of blackcurrants per year.

This moment was also a turning point for the whole blackcurrant industry. The harvest got mecanised. Florent’s father stopped cattle farming, cereal production, removed the vines, and increased the surface for blackcurrants. In total, he grew blackcurrants over 10 hectares. Socofruits today has 60 members, produces 20 tonnes of blackcurrant buds and 1500 tonnes of fruits. 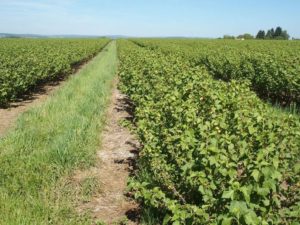 At the same moment, Florent Baillard was finishing his studies in agriculture and agribusiness, specializing in oenology. He started his career as a salesman with Laurent Perrier. His sales area covered central France, and the range of products went from wines over champagnes to whiskeys. “Too much tastings, too much alcohol and parties with clients, and too much driving”, is what disturbed Florent after a few years. In 1997, he took over the family’s blackcurrant farm (with still some vines), together with the presidency of Socofruits. 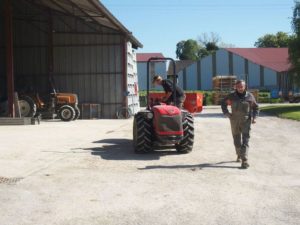 Florent Baillard on his farm

Today, he is head of a family business which employs 5 agricultural workers. They grow vines over 10 hectares, blackcurrants for bud production over 20 hectares, and 70 hectares for fruits. Half of their activity is also covered by service delivery: weeding, equipment rental and the like. As head of Socofruits, Florent Baillard extended the geographical coverage over 5 dèpartements (almost 35,000 km²). “This geographical increase helps to share different conditions related to climate and soil”, explains Florent. 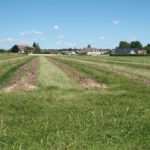 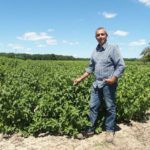 Florent in front of one of his BC fields 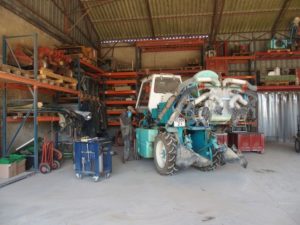 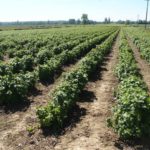 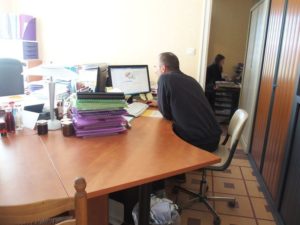 Until the early 2000s, Socofruits delivered all their blackcurrants to the French liqueur manufacturers. Since then, cassis consumption declined, and farmers of other regions of France entered the blackcurrant market. Florent Baillard therefore started to explore new solutions. Unfortunately, there were not much market opportunities for other blackcurrant based products.

The birth of Nectars de Bourgogne

Out of a critical situation came a genious idea. Florent’s wife Emmanuelle, also trained in agrobusiness, started Nectars de Bourgogne in 2004. “We were convinced that there was a market, at least a local one, for blackcurrant and other juices and for jams”, explains Florent. “Very rapidly, the business started to grow, and we needed to invest. At that moment, Socofruits joined in. This is how today, one third of the fruits produced within Socofruits go into the production of something else than liqueurs.”

Emmanuelle Baillard and her team 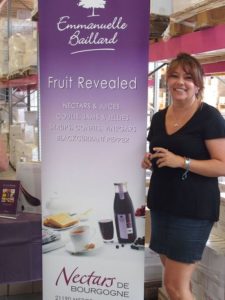 Today, Nectars de Bourgogne employs 10 people. They make juices and jams with the local blackcurrants, but also with other fruits which Emmanuelle selects from the best in the world. She has a watchful eye on market trends (some of her products are organic) and innovation. Together with local chefs and companies, she works on the creation of new products. 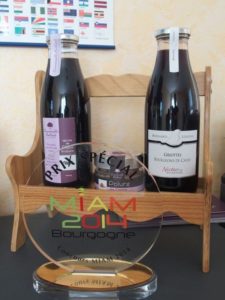 Finally, Nectars de Bourgogne has not stopped its expansion. Emmanuelle carefully invests little by little in more and more sophisticated material. The products go into a niche market of fine food. Emmanuelle is not afraid of showing Burgundy expertise all over the world. She participates and is successful in trade fairs in Japan or in the Middle East. But of course, France is the first focus. You can find Nectars de Bourgogne products in local hotels and in the fine food area of supermarkets – not to forget the internet. 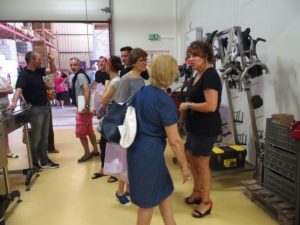 Perspectives for the future 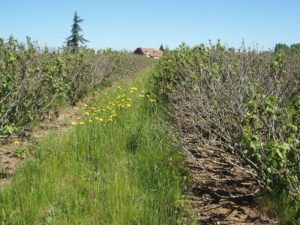 Although both businesses turn quite well, Florent Baillard does not feel totally secured. “Our fear is mainly related to scales. Last year, we have lost 35% of our yield and plants because of the scales. One third of my farm has been affected by these insects. They destroy a whole field within three years. Therefore, we try a lot, from chemical products to ladybugs, to limit the effects.” 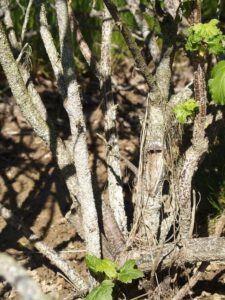 To wrap it up, Florent and Emmanuelle Baillard will continue to innovate – in growing methods, market opportunities and products. “Even florists use a small part of our blackcurrants. They cut and buy branches on 2 hectares on my farm. They use them to make floral arrangements!” concludes Florent.