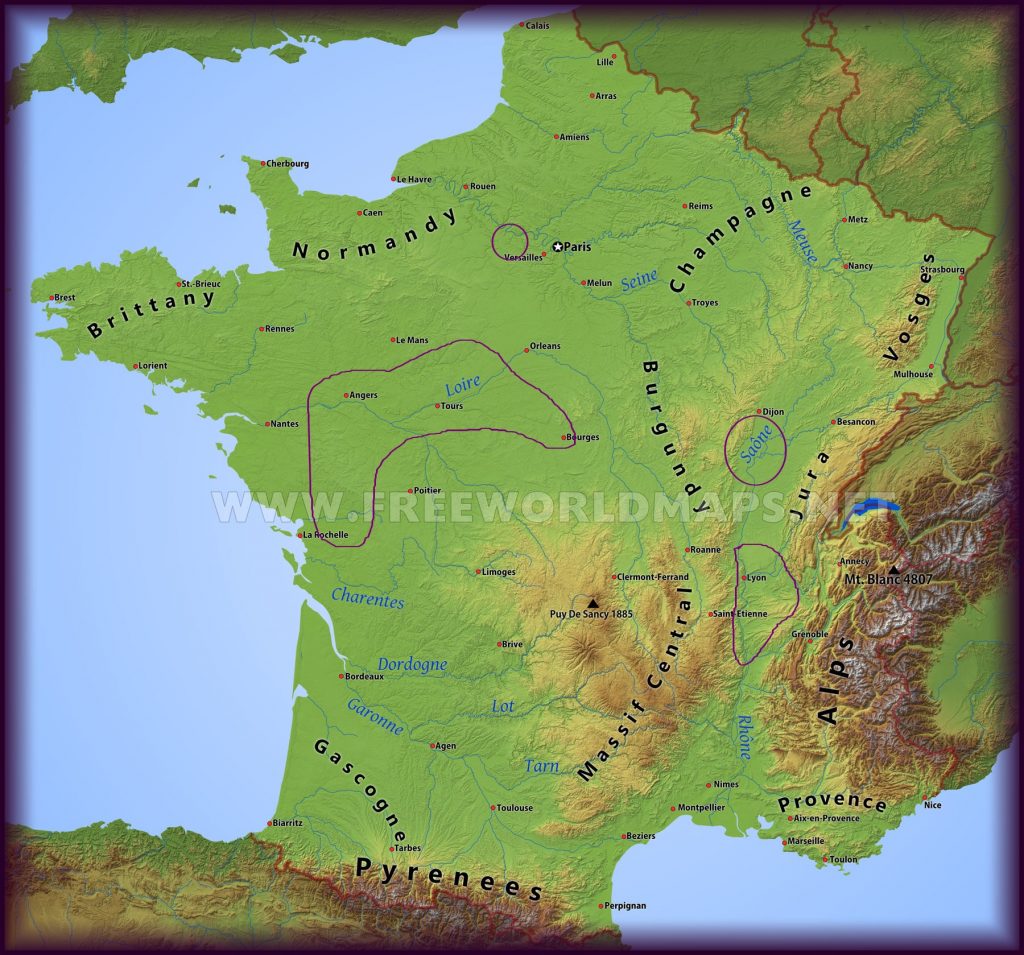 The name of blackurrant in French is “cassis”.  After the publication of abbot Bailly de Montaran’s book about the “fabulous health benefits of blackcurrants” in the 17th century, almost every family grew blackcurrants in their gardens. Their purpose was mainly a use to cure all sorts of illnesses. Blackcurrant cultivation on a private but large scale lasted for around a century – until the period of Enlightenment, where this tradition ended. Blackcurrants were then again popular at the end of the 19th century. All over France, people massively grew blackcurrants. But the main region of blackcurrant growing was in the Burgundy region, after the invention of blackcurrant liqueur “crème de cassis”. This liqueur is nowadays still widely used in France and all over the world: together with white wine or sparkling wine (cocktails known as “Kir” and “Kir Royal”). Most of the blackcurrant liqueurs are still mainly being produced in Burgundy.

Some blackcurrant farmers in France also grow them for the purposes of the perfume industry: extracts of the buds are very much in demand.