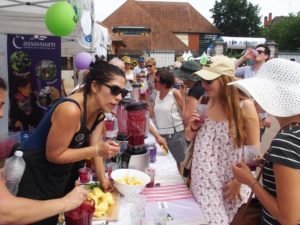 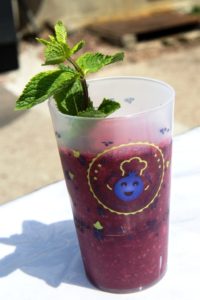 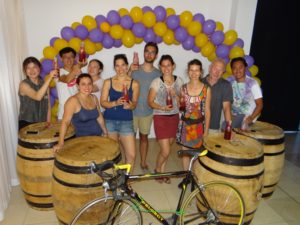 There was a hustle and bustle all around the IBA booth during the Smoothie Contest 2017 in Nuits-Saint-Georges. Over 1000 visitors came to taste and evaluate the 8 different smoothies, prepared by food bloggers, smoothie lovers and chefs.

When the Tour de France 2017 arrived in Nuits-Saint-Georges, 8 professional or amateur cooks competed their own way. With the help of blenders, they prepared their own version of a blackcurrant smoothie. The spectators who were waiting for the cycle competitors to arrive were the judges. They could taste the 8 different smoothies and elect their favorite beverage. At the end of a busy day, the participants of the first “Best of Cassis” – contest prepared one last big glass of smoothie. But this time, it was for a panel of 3 professionals: a chef, a blackcurrant professional and the manager of a gourmet magazine. A smoothie contest like you have never seen it before!

Get an idea of the atmosphere of a lovely day in this picture review:

The booth in Nuits-Saint-Georges – and great public!

Evaluation by the professional panel at the Cassissium

Cocktail class for the participants and gifts for everyone 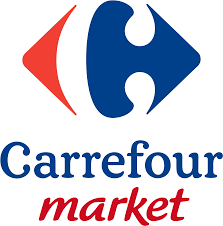 Nothing could have happened without them: Many thanks to all those who helped us to make this smoothie contest a great success!!!

As announced previously, the New Product Development Unit of the IBA, a core group of blackcurrant product professionals with the support of Austria Juice, launched this first “Best of Cassis” contest.

Of course, a contest needs competitors. We had limited the number of participants to 8. And found 8 highly motivated smoothie-makers: Karine, Baptiste, Nicole, Léa, Elaine, Chern, Diane and Hubert.

They made their smoothies with 35 liters of blackcurrant concentrate from Austria Juice.

Almost 400 kg of fruits, vegetables and dairy products came from the main sponsor of the Tour de France: Carrefour.

SEB, one of the leading producers of small domestic equipment, offered 8 brand new high speed blenders to the participants.

The Cassissium, the blackcurrant museum by Védrenne in Nuits-Saint-Georges, helped with the location, water, ice cubes, tables, helpers and many more. 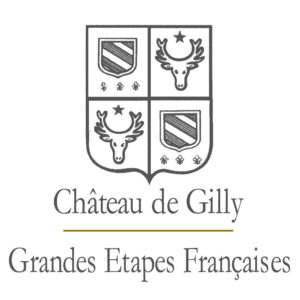 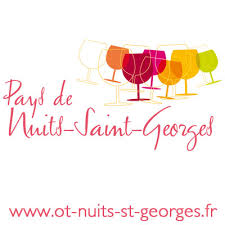 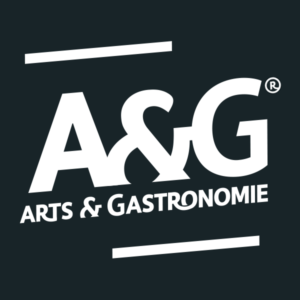 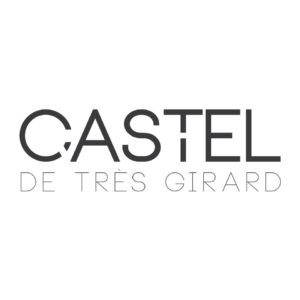 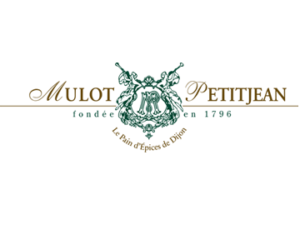 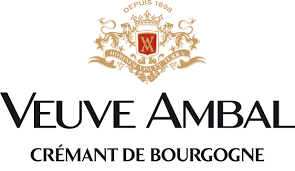 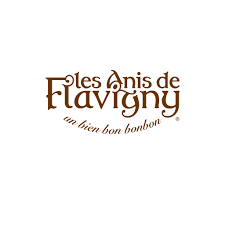 Find all the recipes here!

The “Cheese cake blackcurrant smoothie” by chef Chern has won the professional panel’s prize. Try it yourself!

If you want to read more about the contest or keep in touch with us for the next one, follow us on our “Best of Cassis” page:

Exec meeting around blackcurrants in Austria

Blackcurrant product contests: next will be in June 2018!