Minutes of the Annual General Meeting of the IBA, 2016, Ashford, United Kingdom

Already presented and approved at the board meeting. (approved unanimous)

Already presented at the board meeting, no discussion followed.

Stefanie Sharma was asked to destroy the papers after the vote.

Anthony Snell thanked Dirk Herdieckerhoff for the great job he did over the past two years. He explained that it is an honor for him to take over this post for the next two years and expressed his willingness to carry on the job with good exchange and under the motto: “Promote the market for blackcurrants, the superfruit, which is the ‘Best Berry for Life’”. Anthony Snell will present a policy for his presidency over the next months to the Board.

The newly elected president should now conduct the elections for the posts of vice-presidents; Anthony Snell asked Jim Grierson to conduct these elections also. Jim Grierson explained that according to the IBA rules, the outgoing president will be automatically part of the Exec as advisor for the first term of the new president. Dirk Herdieckerhoff is therefore part of the Exec; call for nominations for vice-presidency: Jens Pedersen and Piotr Baryla were suggested and were elected unanimous by show of hands. (moved Jim Grierson, seconded Stefanie Sharma)

Announcements were to be made at the closing session of the conference.

Already presented at the Board meeting. For reminder: the IBA will stay based in New Zealand. France is being confirmed for hosting the next IBA conference in 2018.

Already presented at the Board meeting. Changes to be made in the original rules according to the proposal and to be circulated by the GM. (approved from the majority by show of hands)

No other general business 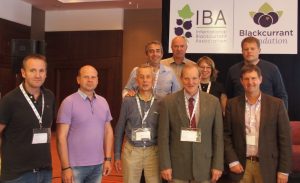