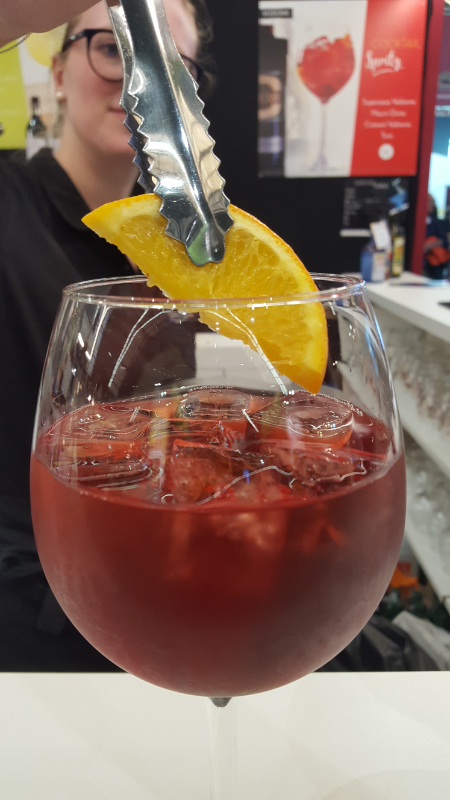 While “Spritz” originally comes from Northern Italy, the recipe for this one (with blackcurrant liqueur!) is French. Many thanks to the Cassissium, which shared this recipe for a Blackcurrant Spritz with our favourite berry!

Generally, a “spritz” is composed of wine or sparkling wine, mixed with sparkling water – and more, if wanted. It is a tradition from Austria, with the simple intention to reduce the alcohol content of a wine by adding water. It developped in the 19th century, when the Veneto-region had been dominated by the Habsburg Empire, and many Austrian merchants and soldiers attended the local bars.

Over the years, the “spritz” developped as a summer aperitif, with the addition of bitters and liqueurs. The most famous spritz cocktail contains Aperol, a bitter Italian liqueur. But we, of course, prefer a blackcurrant spritz!

2 cl Supercassis (or other blackcurrant liqueur, if you don’t have this one)

slice of orange or orange peel

All ingredients should be very cold. If not, add ice cubes.

Pour cassis and Maurin Quina in a pool glass. Then add sparkling wine and Tonic. Decorate (and flavour!) with a slice of orange or an orange peel.