4.000 tonnes of blackcurrants in Austria in the 1980ies, 200 tonnes per year today: Austria’s production declined, but some of the growers found a way to continue. They turned their production into organic in the 1990ies, and 95% of the whole yield is organic today. Most of the growers are in Styria, a hilly region in the South-East of Austria. The “Steirische Berrenobst-Genossenschaft” StBoG (Styrian Berry Cooperative) and its manager Stefan Lampl gives us an insight in their production.

STBOG manages 90% of the blackcurrants in Austria

The IBA Executive decided to see how the Austrians grow and market blackcurrants. Our trip thus leads us from Vienna airport to Graz, the capital of Styria in the southeast of Austria. Styria is not far from the Slovenian border. Stefan Lampl, the head of the Styrian Berries Cooperative (StBoG), welcomes us at their headquarters in Liboch.

If you have a look at the cooperative’s website, you may be surprised at first sight to see no blackcurrants or any other of the usual berries, but… elderberries. 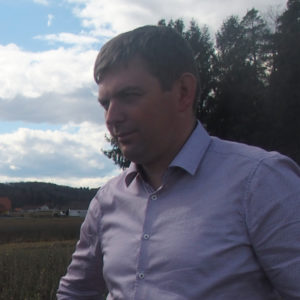 “We are the only cooperative in Austria to deal with blackcurrants and elderberries. 95% of the growing surface of our members is planted with elderberry bushes: this represents 1200 hectares. They belong to around 350 growers. But their number is decreasing”, states Lampl.

The StBoG has members from Styria, Lower Austria and Burgenland (around Vienna), where they grow black, white and red currants, aronia, and of course elderberry. Their production is mainly organic, and goes to almost 200 customers. In fact, 75% of the yield has to be delivered to the cooperative.

“Our role as cooperative is to control the production and organize the harvest in our 18 collection points. From there, the harvest is delivered to Beerenfrost in Liboch. This company provides technical services like cooling, storing, destimming, but also does the quality management”, explains Stefan Lampl. From the window of our meeting room, we can see the Beerenfrost facilities: 94.000 m3 of stocking capacity! Beerenfrost and StBoG have a longlasting partnership and share their offices – Beerenfrost is the main customer for the Austrian berry growers.

Austria has specialized on more than berries for juices or juice concentrate. Their core business is superfruits: aronia, elderberries and blackcurrants in Austria are organic and go into the production of teas and extracts – health is the keyword here. And some of them have their own production which they sell locally. 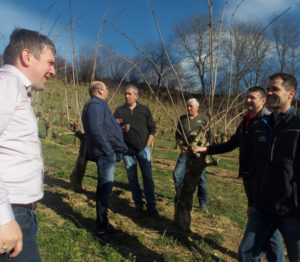 The biggest share of the cooperative’s products are elderberries and elderflowers – all handpicked! Karl Kienrich, one of the growers we met, has 7-hectares elderberry plantation, where he harvests the berries from mid-August till end of September. “We plant 500 bushes per hectare, and we have a yield of 15-20 kg per bush. This makes an average yield of 6 to 7 tonnes per hectare”, he explains. 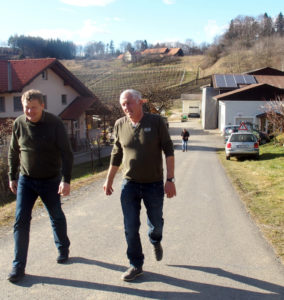 They are used for making extracts, and mostly go to other countries. Exports represent 97%. Practitioners of traditional medicine have used elderberries for centuries. They have a high vitamin C content, and many use them to prevent minor deseases such as flu and colds. “The demand hasn’t stopped from growing over the past few weeks”, smiles Stefan. “With the threat of an infection from Coronavirus SARS-CoV-2, the market is blooming for superfruit extracts and juices. People want to boost their immune system.” 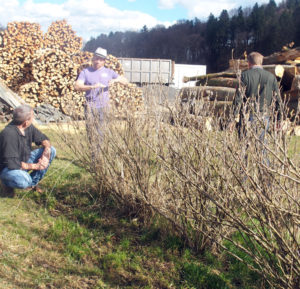 The Austrian growers and cooperative have found a sort of equilibrium for their production, which is difficult because of the location of the plantations in a very hilly region. Impossible to compete with growers from other regions in Europe, where blackcurrants can be planted and harvested on a large scale.

Most of the grower members have come back to a polycultural way of producing, with several sources of revenue. Their focus is not only on berry growing (red and black currants, elderries and elderflowers, blueberries, aronia), or other fruits like apples, but also on pig-farming, wood economy and more.

On Aronia-farmer Christoph Reinhart’s farm, he and three more growers of the cooperative explain us about their way of growing blackcurrants organically. Varieties Ben Hope, Tisel, Ben Finley and Zusha are planted on different fields over 10 hectares. 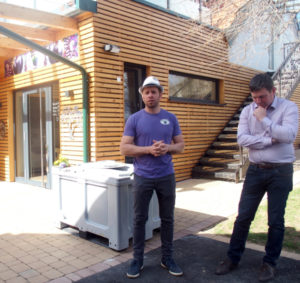 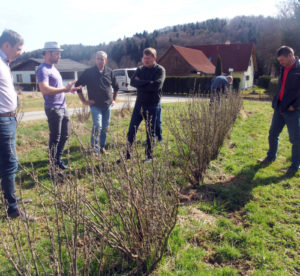 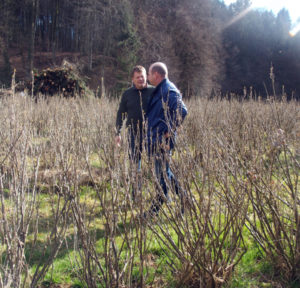 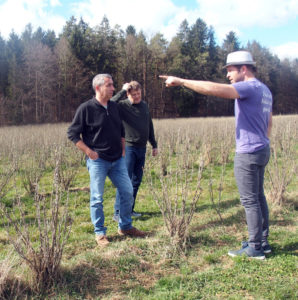 Christoph fertilizes with pigshit. And like any other organic blackcurrant grower, he confirms that weeding is what prevents good yields. Even with legumes or grasses sewn between the rows. Handweeding is normal, but he also uses a finger-picker machine of 70 cm, before cutting the grass between the rows. He needs to repeat this between six and eight times per season – fastidious, time consuming and still there are weeds left. Sulphur is not authorized in organic production in Austria. And he has to spray bacillus thuringensis against winter moths. 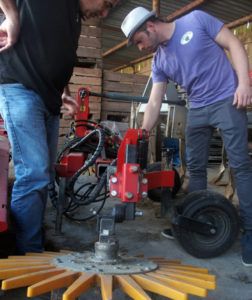 Last but not least, Austrian berry growers have started facing problems with scales like the French growers. They have tried to increase the pH with the use of calcium and magnesium hydroxide. Vice president Florent Baillard from France had lots to add from his experience in France, where scales are currently under control thanks to the use of chemicals. But this can, of course, not be used in organic production. Rhyzobius from the lady beetle family may be a good solution, though. 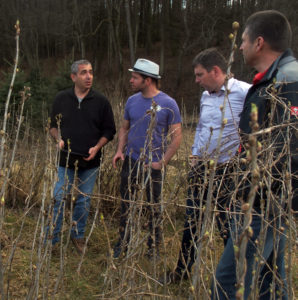 With 4 tonnes per hectare, Christoph Reinhart has his average yield. He uses it partly for the production of his own juices, together with several aronia products, sold on his farm in a nice little shop. 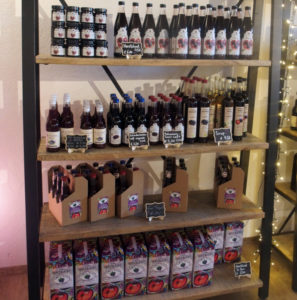 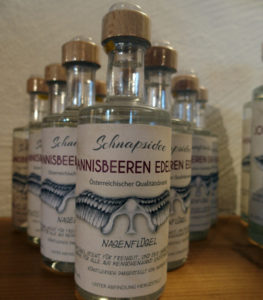 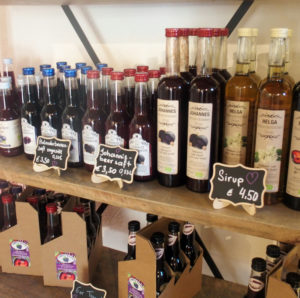 In sum, it looks like Austria has managed to transfer knowledge about conventional growing to organic growing and regional marketing. They do not have a huge influence on the world’s blackcurrant production, but can be seen as an example.

Our visit to StBoG has been exciting – not to forget the famous Austrian hospitality! We now hope to be able to present their production in more details in one of our future conferences.